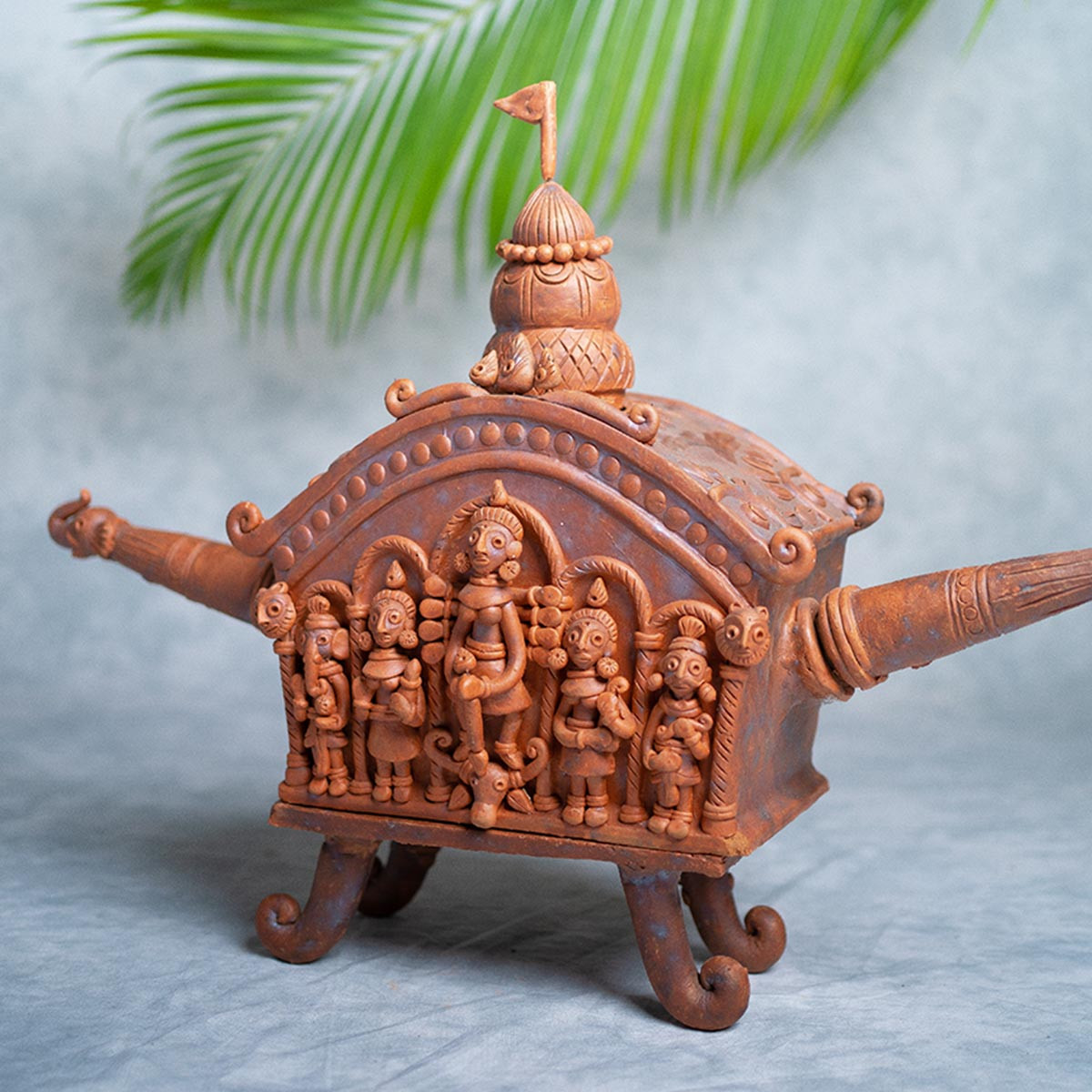 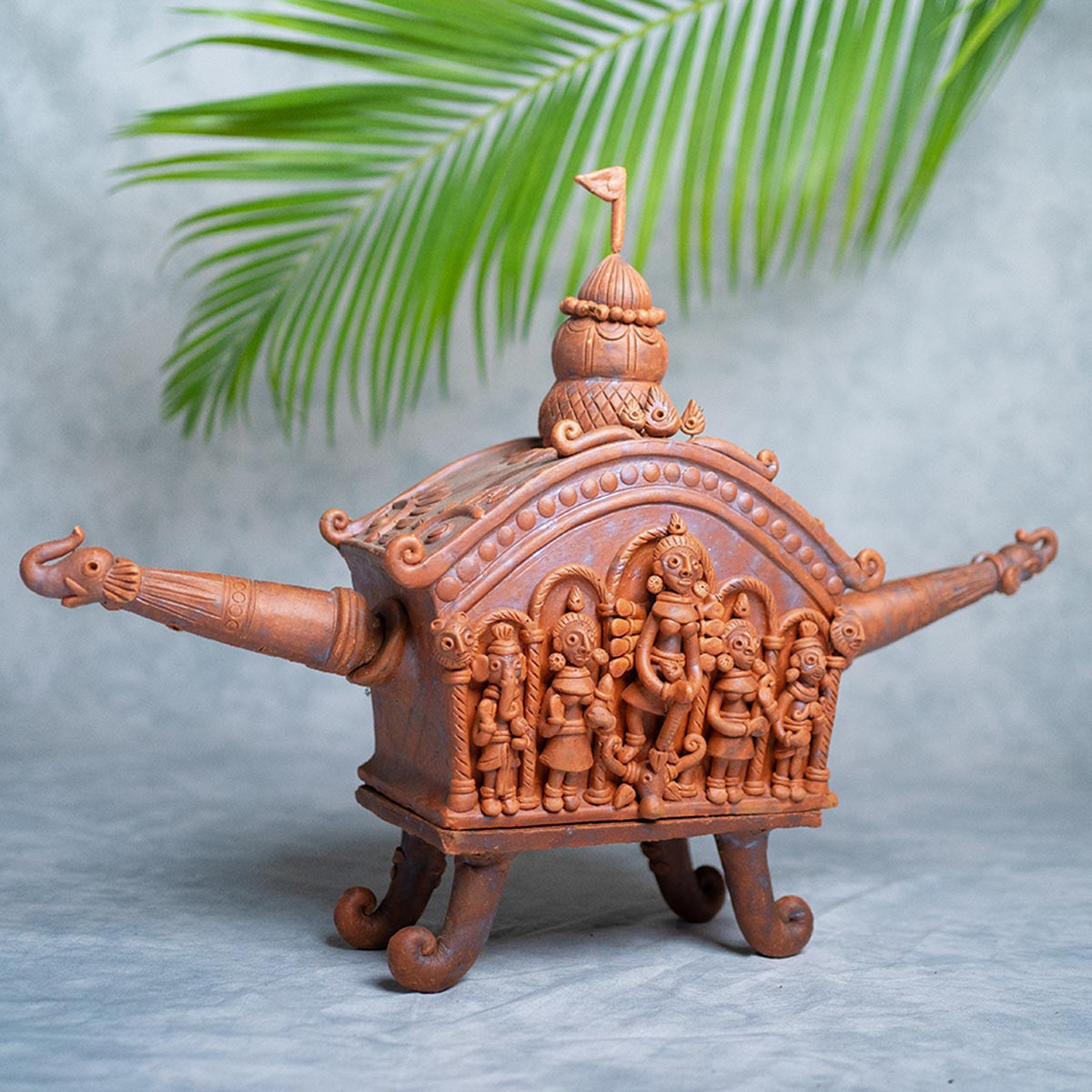 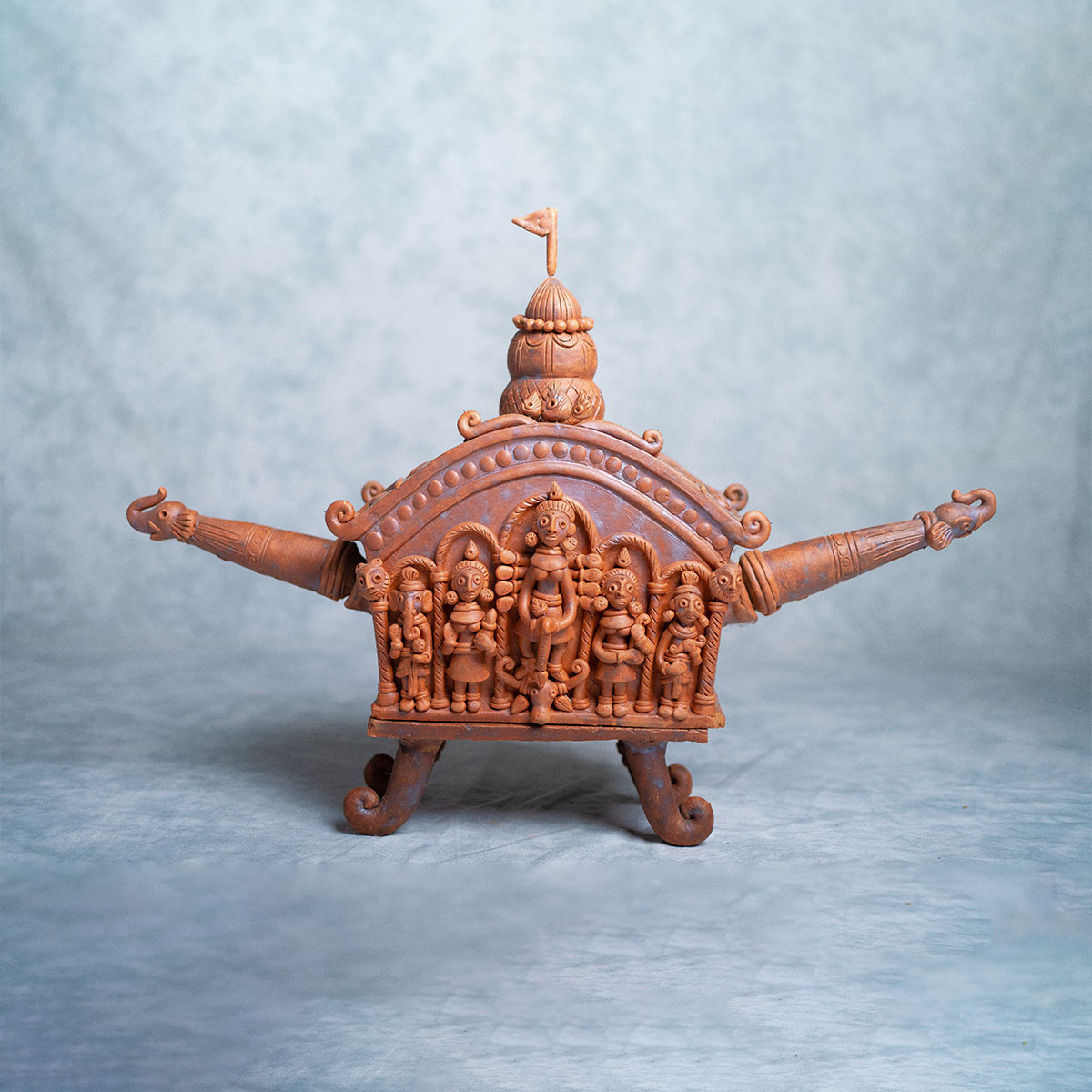 Only 1 left in stock

The craft of Terracotta has been the symbol of man's first attempt at the craftsmanship. Bishnupur in Bengal is one of the pioneers in producing terracotta handicrafts and is known for its earthy finesse. Roughly located around 23 kilometers from the town of Bishnupur lies a small settlement called ‘Panchmura’, also known as the ‘Terracotta hub of Bengal’. Around seventy families who are a part of this small community still carry on the age-old tradition of hand-crafted pottery and are popularly referred to as ‘Kumbhakar’. Terracotta is a simple yet dynamic form of art that derives its inspiration from religious rituals and ceremonies.

This terracotta figurine resembles a large anonymous animal, with detailed ethnic motifs. It would positively add a sense of aesthetics to your home or dwelling space.