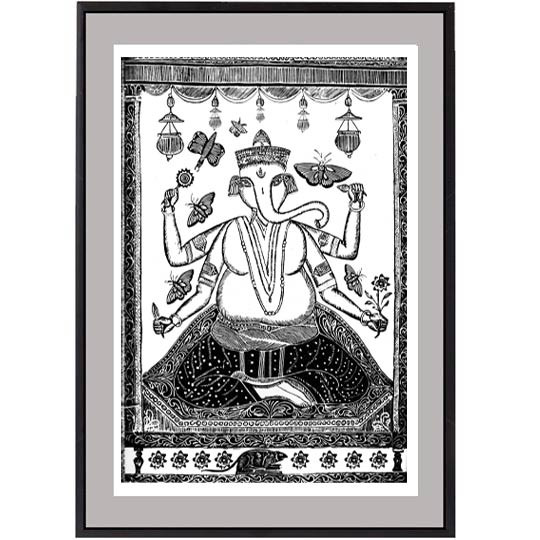 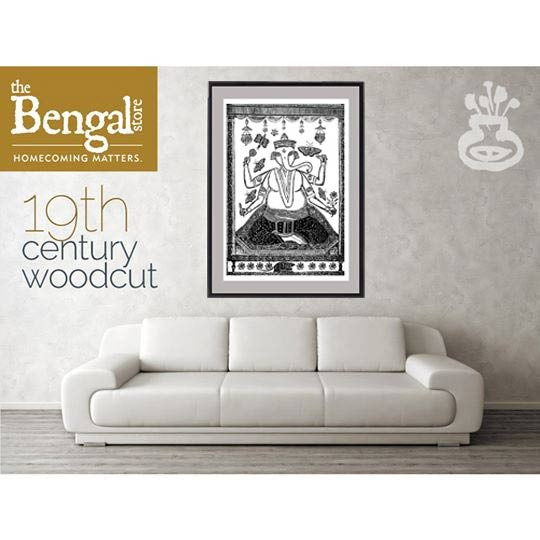 This 19th Century Bengal Woodcut was printed on newsprint like paper to keep the cost low. Due to the advent of lithography, the Battala woodcut printing had a remarkably short run and very few of these prints have survived the cheap paper and humid conditions of the region. Shri Ganesh, originally carved out on wood by Benimadhab Bhattacharya during the 19th Century has been plate-litho transferred by The Bengal Store for you.

This is a 10 x 15-inch size plate-litho transfer of the Ganesh woodcut by Benimadhab Bhattacharya during the early 19th Century.