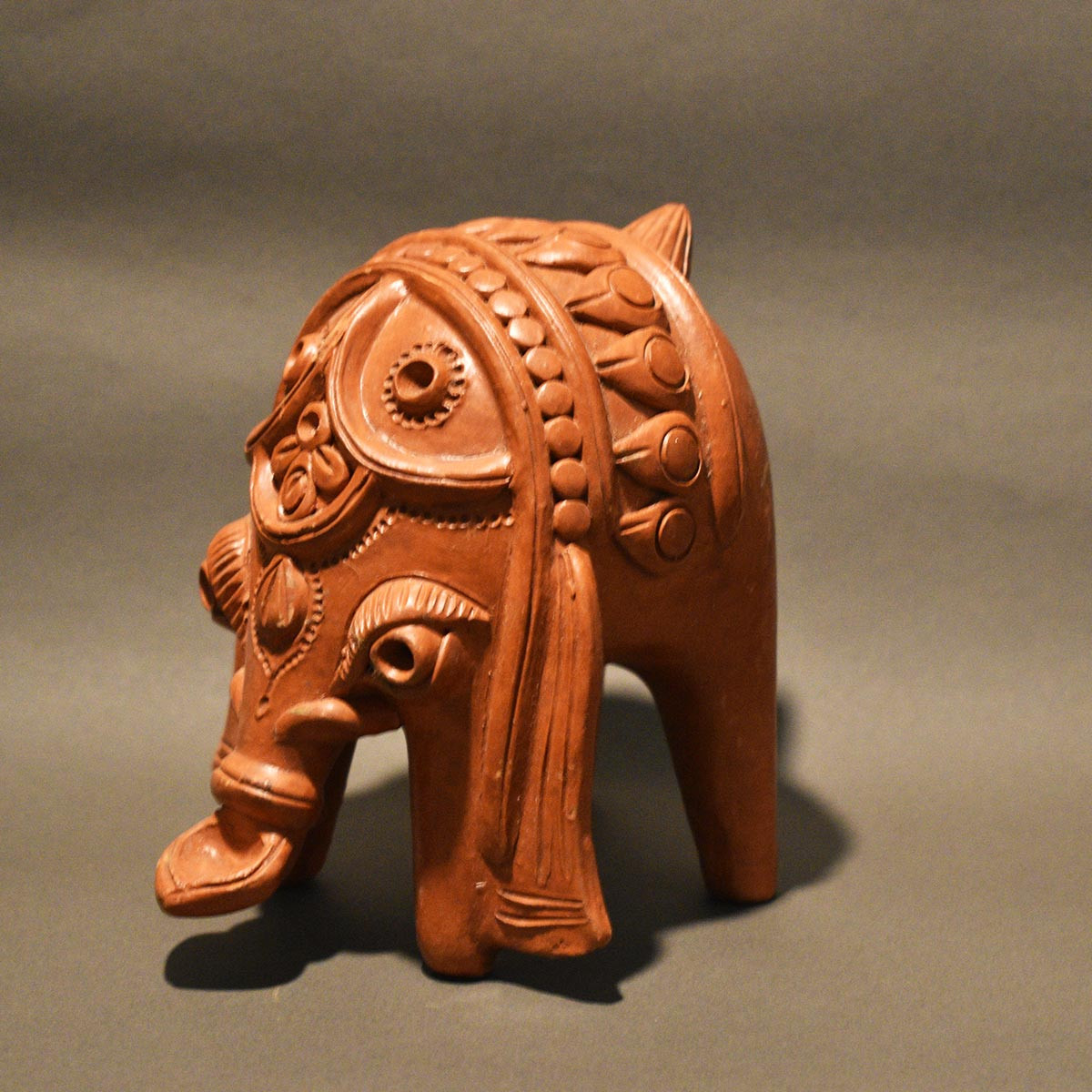 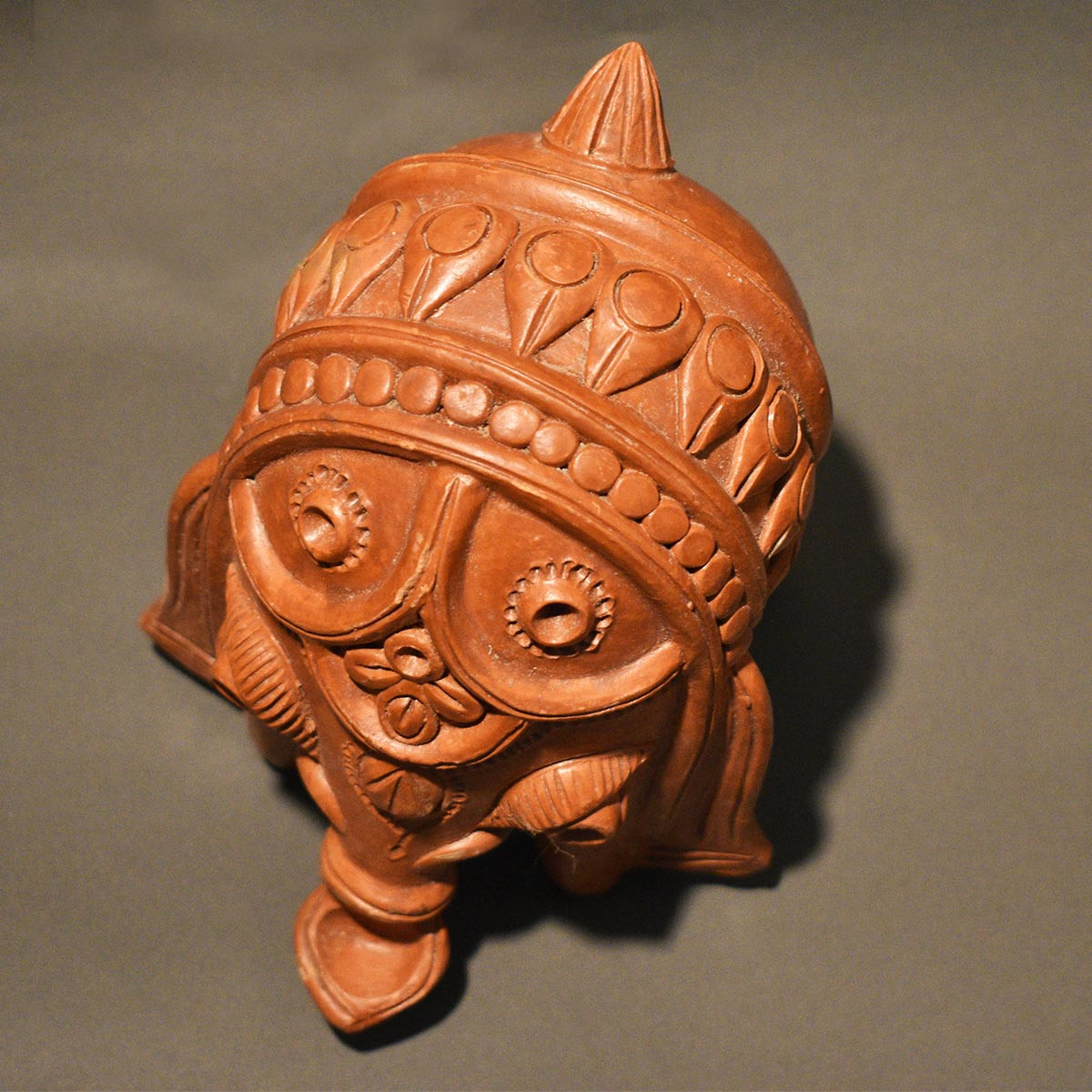 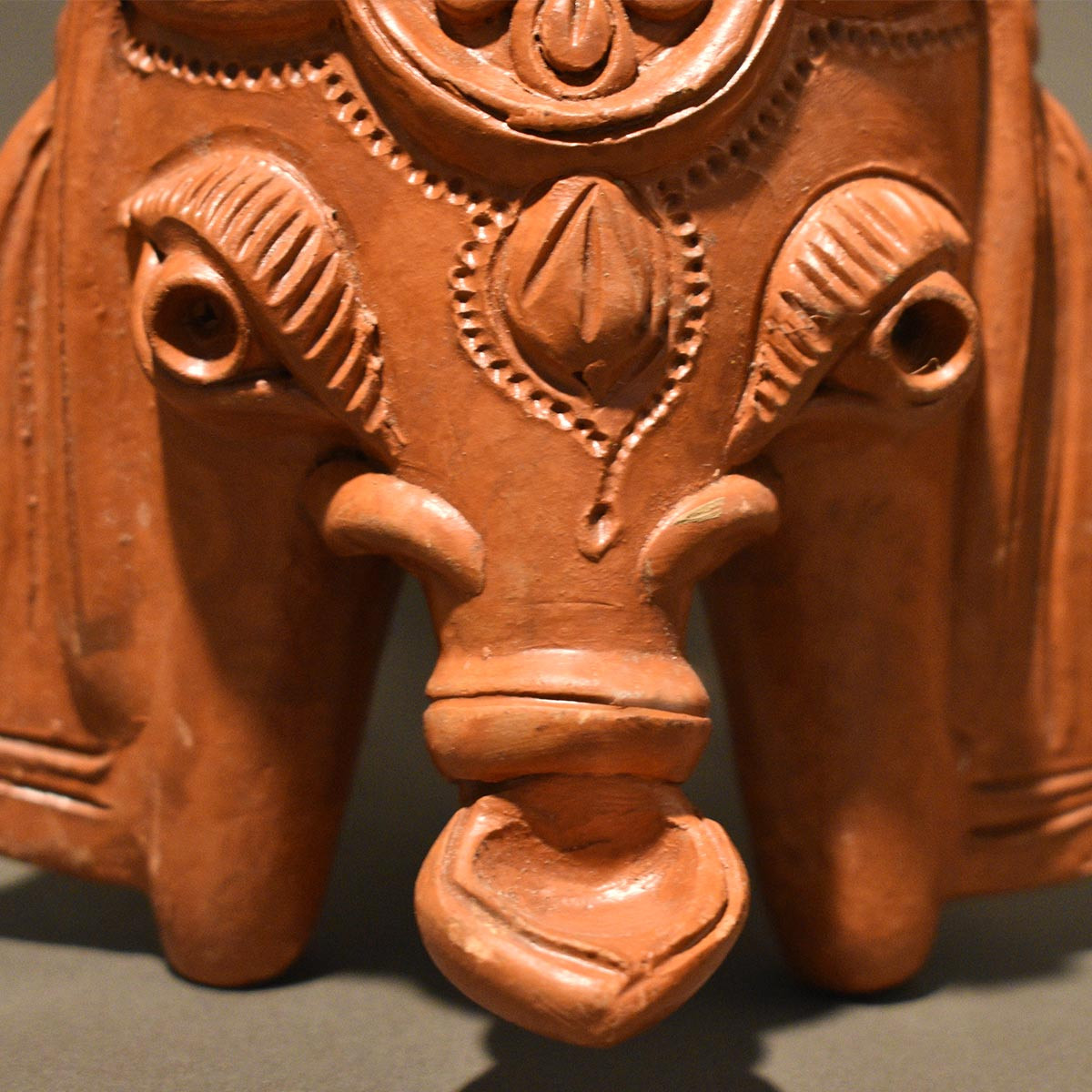 Bengal is a powerhouse of art and culture and through generations, the indigenous artisans and craftsmen have remained tireless torchbearers of the creative art of this land.

Bishnupur’s terracotta clay craft, a centuries-old traditional form of folk art, has undoubtedly stood the test of time. Even today, it is widely popular all across the globe for its grandeur and unique earthy finesse.

The sculpture depicted in the image is that of the ‘Bonga Hathi’. The round-shaped elephant boasts a unique shaped trunk with remarkable overall symmetry.

The ‘Bonga Hathi’ has got an interesting historic symbolism attached to it. Craftwork originally from the Hooghly district, the skillful craftsmen of Bishnupur are not behind in molding these clay masterpieces.

Long ago, Bishnupur was under the influence of the Malla Kings, a proud dynasty that once ruled the kingdom of Mallabhum. The kings of Mallabhum owned many horses and elephants which were used not only as modes of transportation but also as a symbol of power, influence, and dignity; the higher the number, the more powerful the ruler was! The animals were decorated with royal ornaments and this has been intricately transplanted in the detailed designs of the ornaments depicted on the body of the Bonga Hathi.

Back in the day, it was the tribal ‘Santhal’ folks of Mallabhum who blossomed the art of terracotta which were then dedicated to the Santheli deity, Singh Bonga of Zaher.

Legend has it, during this period there lived a zamindar called Chand Roy who was hailed as a miracle doctor by the village folks. In return for his generous services, the villagers worshipped and presented him with terracotta animal figures as a symbolic gesture showcasing their love, respect, and gratitude.

Wish to bring home the essence of ancient Bengal to your living room?

Order this beautiful ‘Bonga Hathi’ today and add a touch of grace and charm to your mantlepiece.

PLEASE NOTE: Our products are hand-crafted and thus small variations in shape, size and colour may occur.