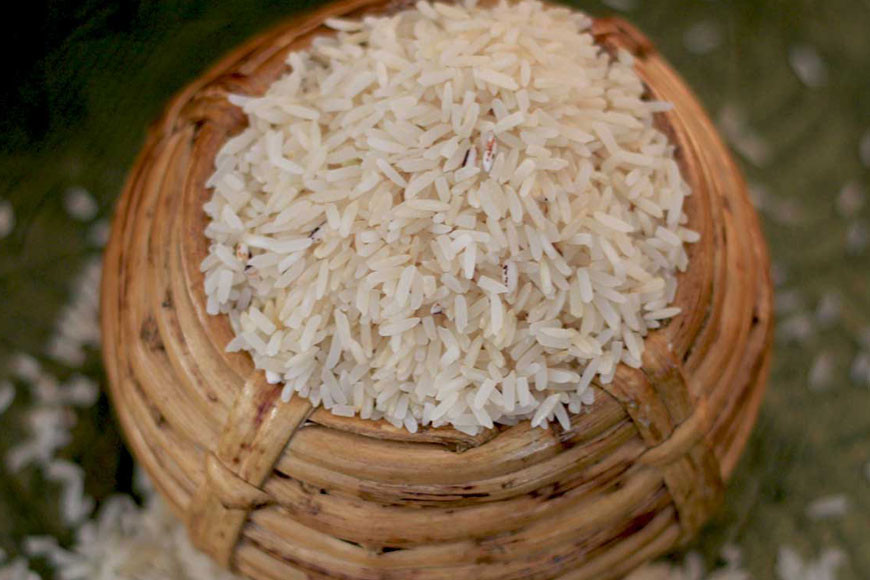 In this era of living a healthy and holistic life, the one thing that is least on our priority list is the quality of food that we consume. It’s not only the food choices that affect our health but the ingredients in them. Good nutrition is without a doubt the most important element of leading a healthy life.

Agriculture in West Bengal is the primary source of livelihood for over 60% of the population primarily due to the climate in the state which facilitates the production of the most common food item consumed in households worldwide. Bengal has a rich tradition of folk rice cultivation and had more than five thousand plus varieties, most of them unfortunately have been lost over the passage of time. However, a new resurgence is seen across Bengal to revive some of the lost varieties and communities of farmers under advice from Agricultural Scientists and State Government agencies have come together with a positive notion to bring back our glorious past. Today, farmers across Bengal grow more than 50 different paddy varieties that were almost on their way to extinction. These are no ordinary farmers. They are the dreamers and are committed to provide pesticide and fertilizer free food to us.

Today we have come to know of the names of some of the paddy seeds from Bengal and our sense of belonging gets a boost when hear them- Leelabati, Durga bhog, Oli, Radhunipagol, Kalo nunia, Katari bhog, Radha tilak, Kalash, Chamatkar---- reflecting nuances of the ever-sweet Bangla dialect.

These items have been tried and tested not only by us, but have gone under the lens of food scientists from IIT Kharagpur.

Out of the three varieties offered online,
Radha-Tilak’ has a quaint reference to the folklore encircling Lord Krishna and Radha and is believed to be the grain choice of the latter. This short-grain strong aroma variety is para-boiled in nature and is procured from the farmers of South Bengal.

Our second variety is known as “Kala-Nuniya” is derived from the black panicle which produces the white grains as is famous for its pleasant fragrance. These rice grains are para-boiled in nature and are primarily cultivated in the Northern part of the state.

Finally, our third variety, “Chamatkar” which is also cultivated in Northern Bengal translates to “Miracle”. This variety however is boiled in nature and is best used for cooking Khichdi but can also be used for daily consumption.

More than emphasizing on the taste and aroma of the rice grains, we aim at pushing this to our future consumers by focusing on the health benefits they derive. The farming process which has been used for cultivating the rice grains is the sole reason that they have not lost their mineral content, which is where its health benefits come from. Tasting these organic varieties will make you realize its superiority and offer you a nostalgic rush to the bygone times.

Along with physical activities that we indulge ourselves in, making small but important changes in our dietary habits can go a long way. The Bengal Store enables you to explore the rich mineral filled traditional varieties of the Bengal paddy.