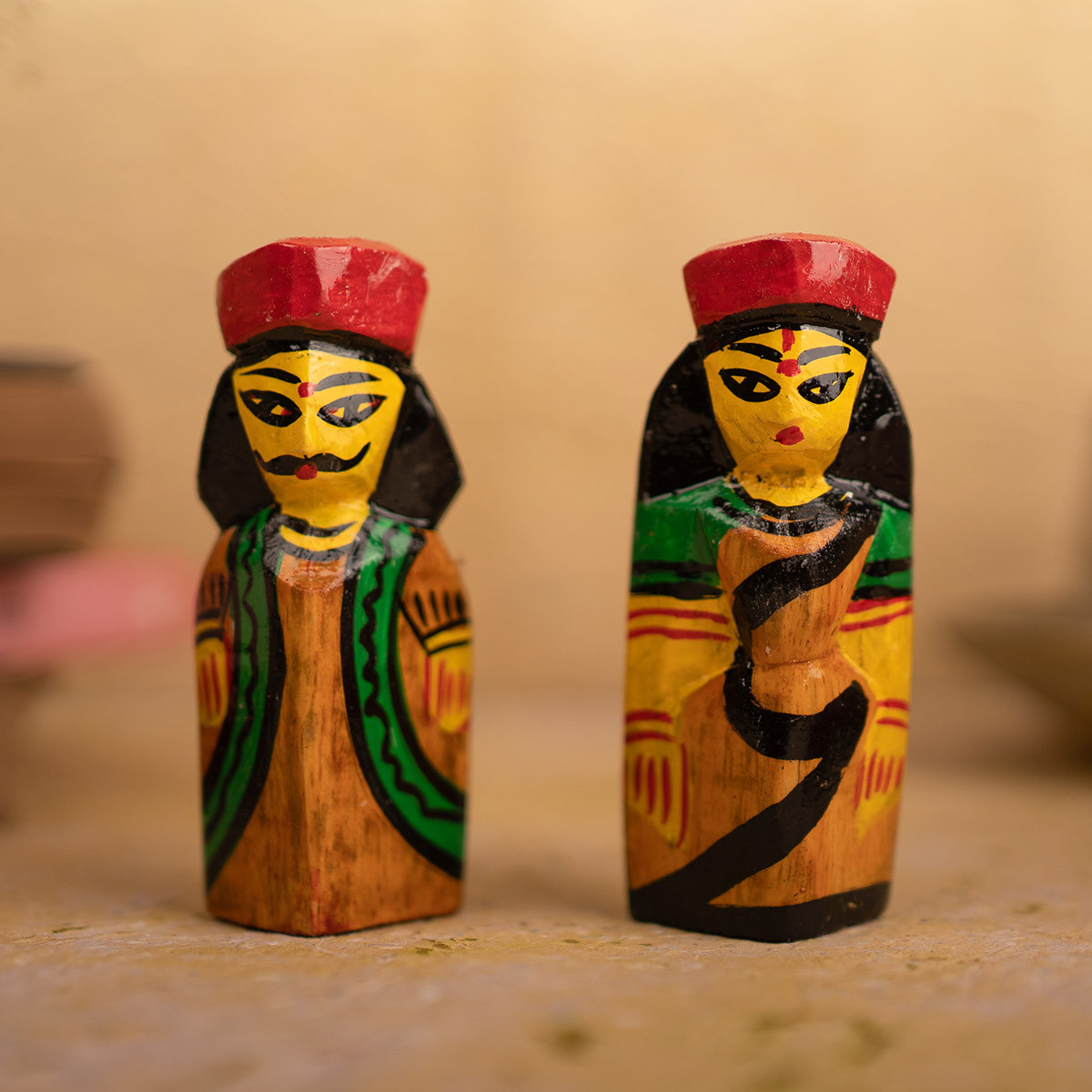 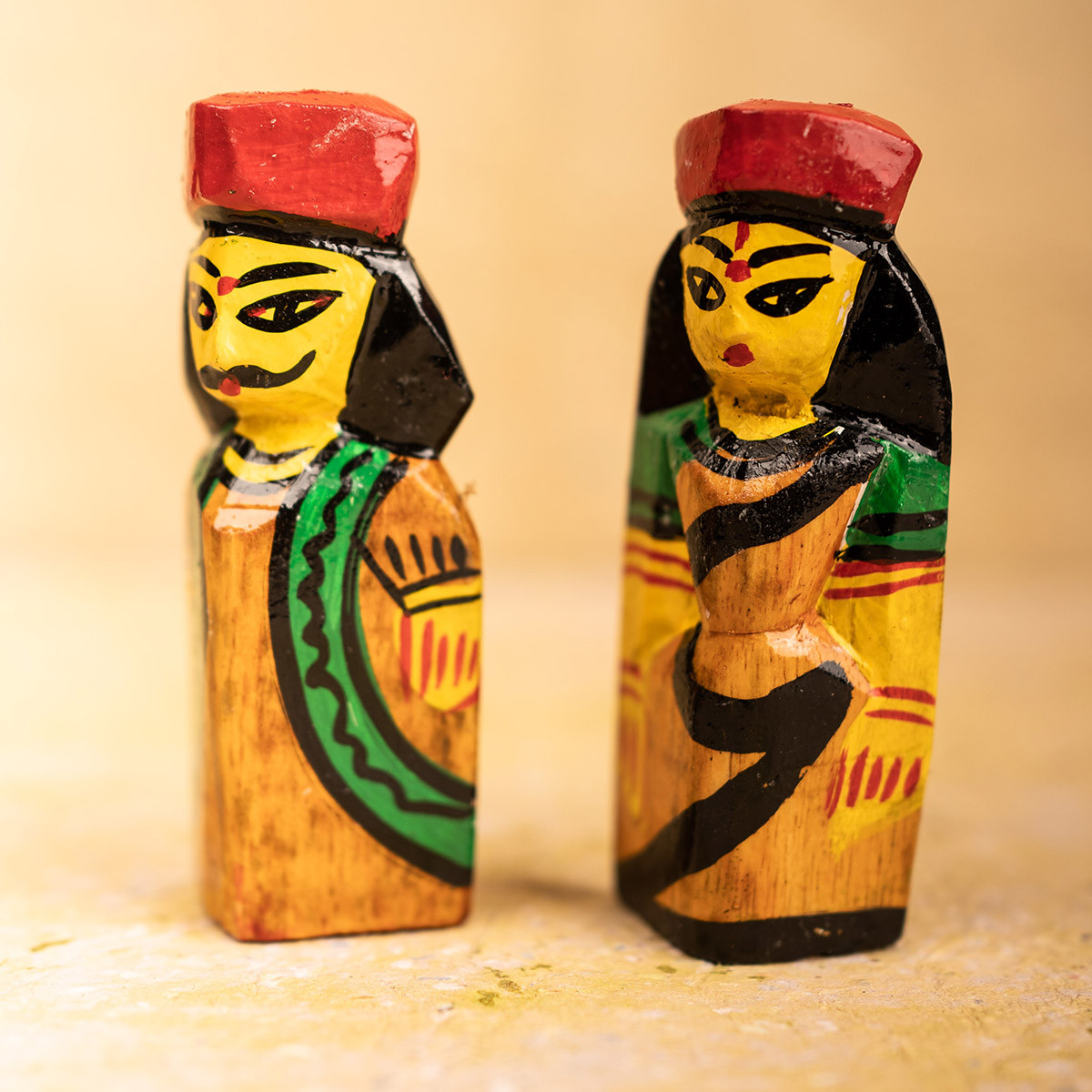 Only 1 left in stock

Wooden dolls were introduced to Bengal by the ‘sutradhar’ or carpenter community and they were the experts of this craft. The upsurge of creating these dolls began in the districts of Howrah, Bankura, Purulia and West Midnapore. However, the map has changed with time and at present only a few artisans of Burdwan ace this craft. Places like Natungram, Daihat and Patuli in Burdwan have been still working hard to preserve the art of wooden doll-making. To make these dolls, wood from white teak trees are cut, cleaned and carved to give them desired shapes. In ancient times, these carved woods were then tinted in natural dyes. Though in present times, mostly artificial paints are used to colour them up. These dolls were earlier commonly available in Kalighat and Nabadwip, which led people to name them ‘dolls of Nabadwip’.

Found in almost every Natungram artisan’s trove, is the pair of wooden dolls resembling husband and wife. These colourful dolls represent mutual love and bonding between couples. Also known as the king and the queen, this is the only set that comes in a pair.